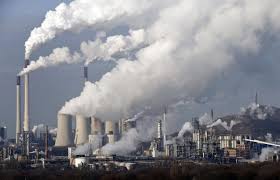 According a to a study by Dr. Victor Novack, of Soroka University Medical Center and Ben-Gurion University in Beer Sheva, Israel, there may be elevated risk of heart disease risk with exposure to air pollution.

The study found some damaging correlations:

“For their study, the team analyzed the data of 73,117 adults living in southern Israel, where particulate matter (PM) – pollution that is made up of very small particles and liquid droplets – is high.

By analyzing more than 600,000 blood samples from the participants, the researchers found that exposure to higher average levels of PM in the previous 3 months was associated with an increase in heart disease risk factors.

Specifically, they found that, compared with participants with lower PM exposure, those with higher PM exposure had greater increases in blood glucose levels, LDL cholesterol levels – known as “bad” cholesterol – and triglyceride levels. Triglycerides are a type of fat in the blood.”

The good news is that short term exposure does not result in this increased risk:

“The team notes that exposure to air pollution did not have an immediate effect on blood samples; no changes in blood sugar, cholesterol, or triglyceride levels were identified in samples taken as early as 7 days from PM exposure.”

Although the changes to the risk factors were small, it looks as if three months of exposure to air pollution can cause these to be elevated. This is especially grave news for residents of cities like New Delhi and Beijing with chronic air pollution issues.